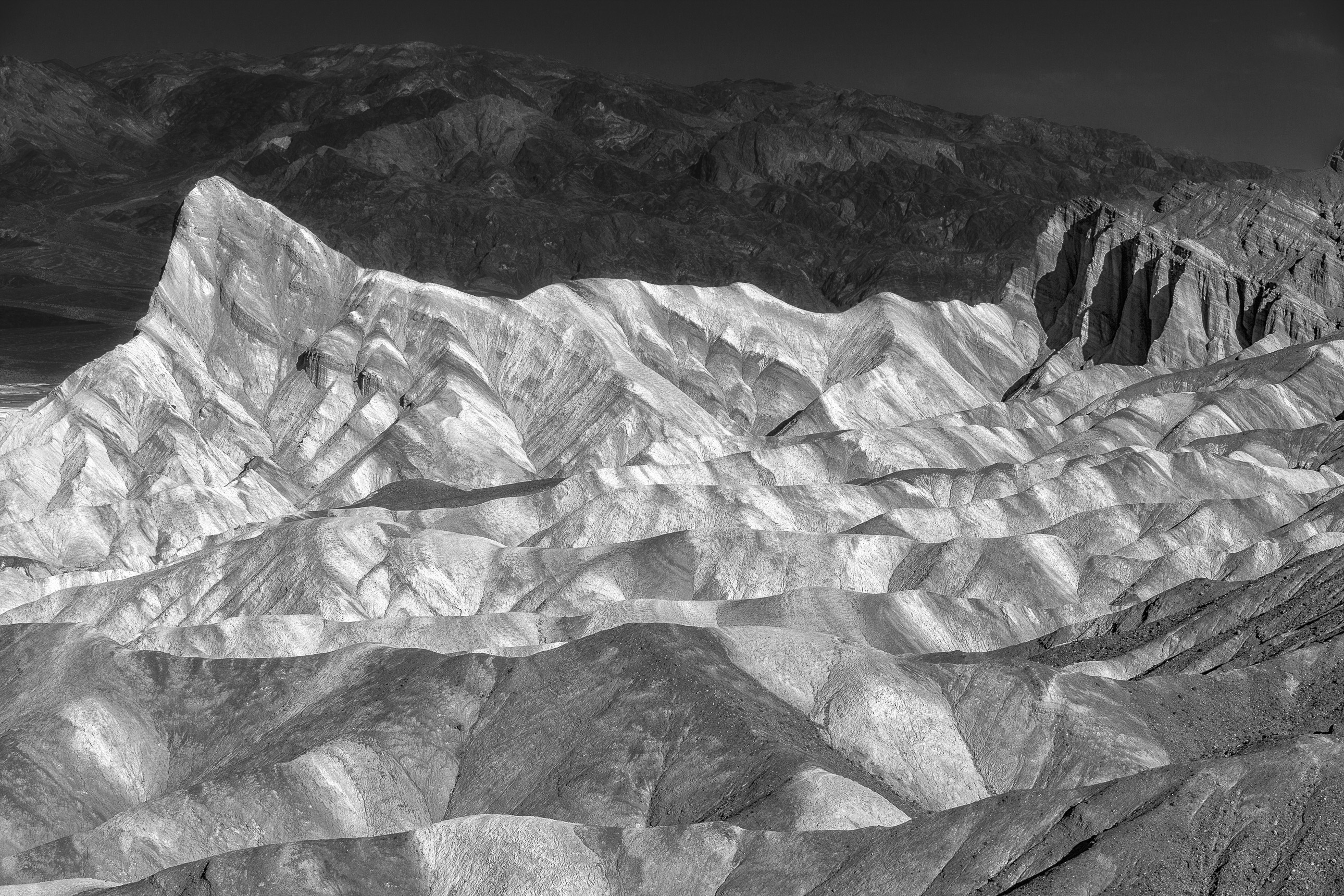 Zabriskie Point is one of the more visited and photographed places in Death Valley National Park probably due to its close proximity to Furnace Creek. Less than 10 minutes from most of the hotels in Death Valley, Zabriskie Point is a great place to get up early for a wonderful sunrise photo. The eroded landscape and colorful sediments provide for some pretty spectacular and unique shots.

The main peak on the left is Manly Beacon named after William Manly, one of the original members of the Death Valley party. I took this photograph of Zabriskie Point long after the sun had peaked over the Amargosa Range behind me to the east. I had spent the earlier part of the morning at Dante’s View but was not pleased with the photographs I was getting. Arriving at Zabriskie Point after sunrise discouraged me a bit but I decided to pull in and take some shots while I was there. Thankfully, this gem made its way to being one of my favorites of the trip. Despite the vibrant colors Zabriskie Point gave me, I felt black and white was appropriate