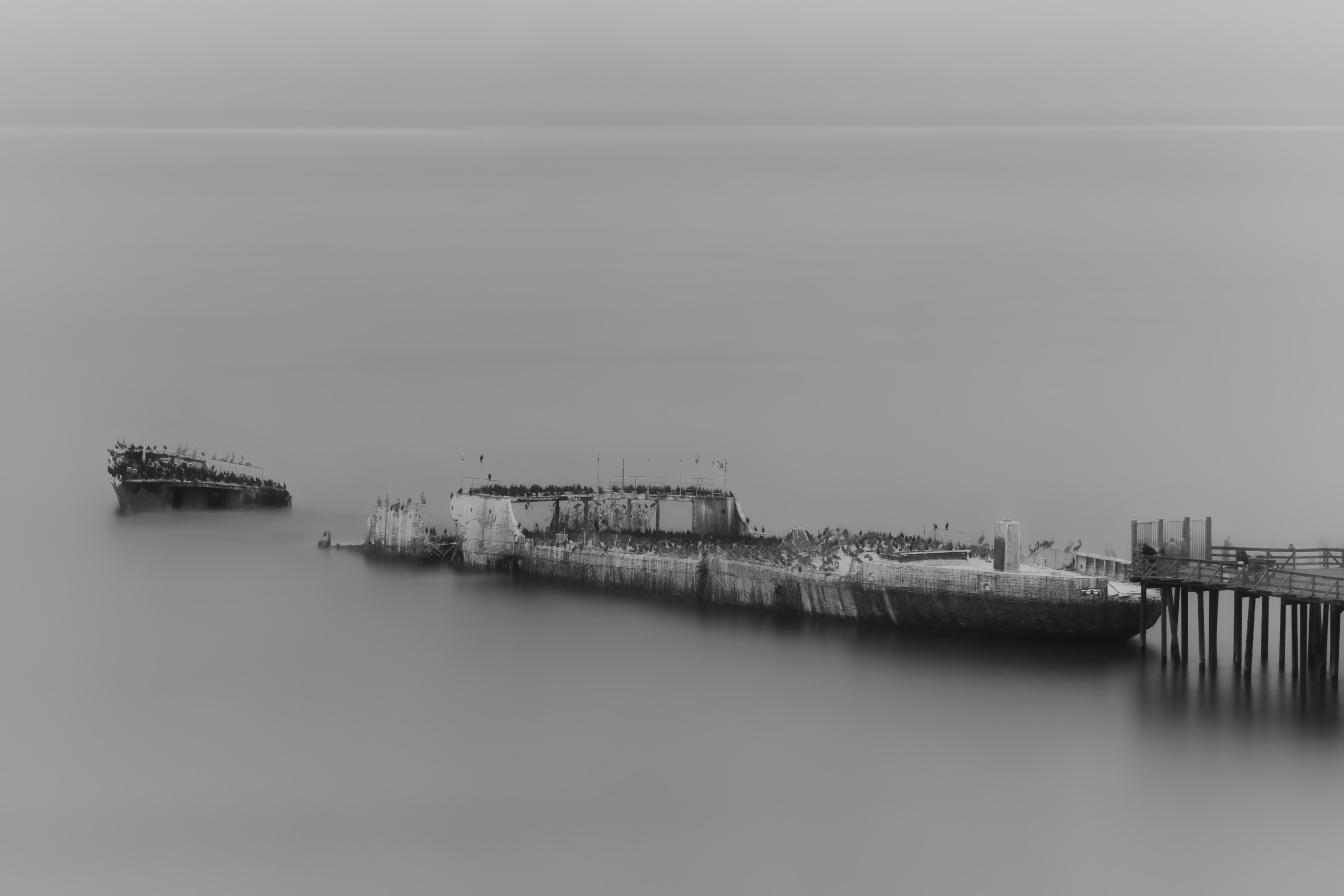 The SS Palo Alto concrete ship eerily rests at the end of a pier in Aptos, California. In 1929, the SS Palo Alto was brought here to Seacliff State Beach State Park in hopes of turning it into an entertainment hub complete with restaurants and dancing. However when the owners went bankrupt, the concrete ship deteriorated, cracked in the middle and was only used as a place to fish. Over the years, the SS Palo Alto has become unsafe for visitors, so it's now used as an artificial reef and a wonderful subject for folks like me to photograph.This photo was taken from the bluffs above the beach while I was on vacation in Santa Cruz. I had seen photographs of this awesome abandoned concrete ship before and knew I had to get a shot of my own. I was unable to get a close photo from the end of the pier due to the amount of people. However this photo from above captures the SS Palo Alto in a different manner than most you'll see.