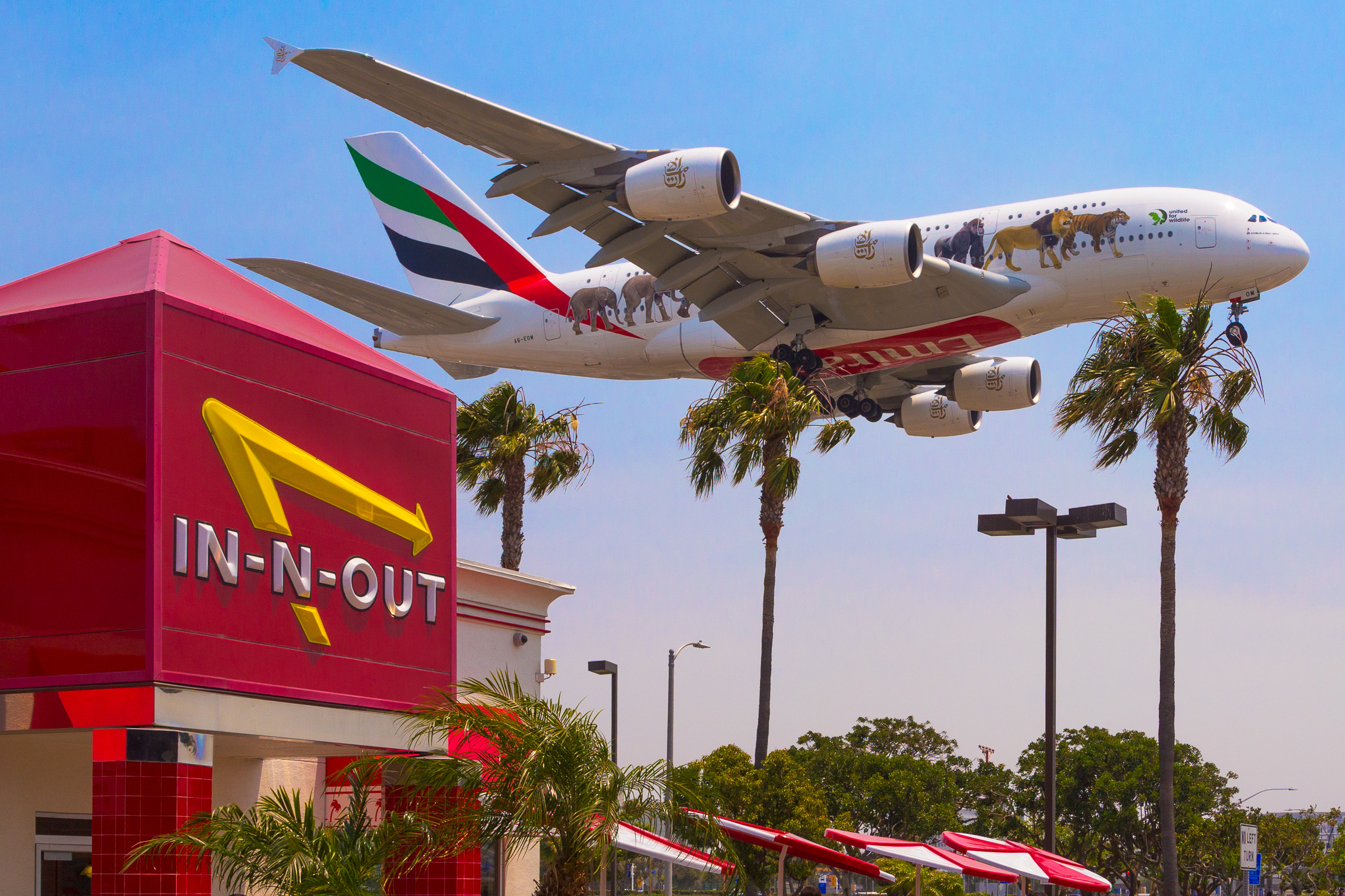 Plane spotting at LAX doesn’t get much better than sitting outside with a Double Double in one hand and your camera in the other. Just outside LAX’s runway 24-Right sits an In-N-Out Burger with one of the best views I’ve ever seen of approaching airliners. The address of this spectacular In-N-Out Burger is 9149 S Sepulveda Blvd, Los Angeles, CA 90045.

On this day I specifically wanted to see an Airbus A380, the world’s largest passenger airliner, fly above me as it landed at LAX. Thanks to the help of this list of A380 landing times and my trusty FlightAware app, I was able to plan my day around when these giants were going to land.

My wife and I arrived at the LAX In-N-Out Burger roughly 30 minutes before the first A380 landed. She grabbed a table outside while I sat in the drive-through. The line was long, but the In-N-Out employees are efficient and got me through in under 5 minutes. Parking was a bit tough but I was eventually able to find a place to park after circling the parking lot three times.

I gathered my photo equipment, the bag of yummy food and found my wife at the table. I anxiously kept looking at my FlightAware map waiting for the first Airbus A380, Emirates Flight 215, to arrive. While I waited, various 737s and A320s landed and provided a huge rush to those of us outside. It was hard to imagine how it would feel to have an A380 fly over. Then finally, in the distance I saw a four engine behemoth slowly heading our way over Inglewood. I put my burger down, grabbed the camera and ran near the entrance of the In-N-Out so I could get this photo.

So if you are in the Los Angeles area and seeking an adrenaline rush and one of the best fast food burgers west of the Rockies, head to the LAX In-N-Out Burgerr!