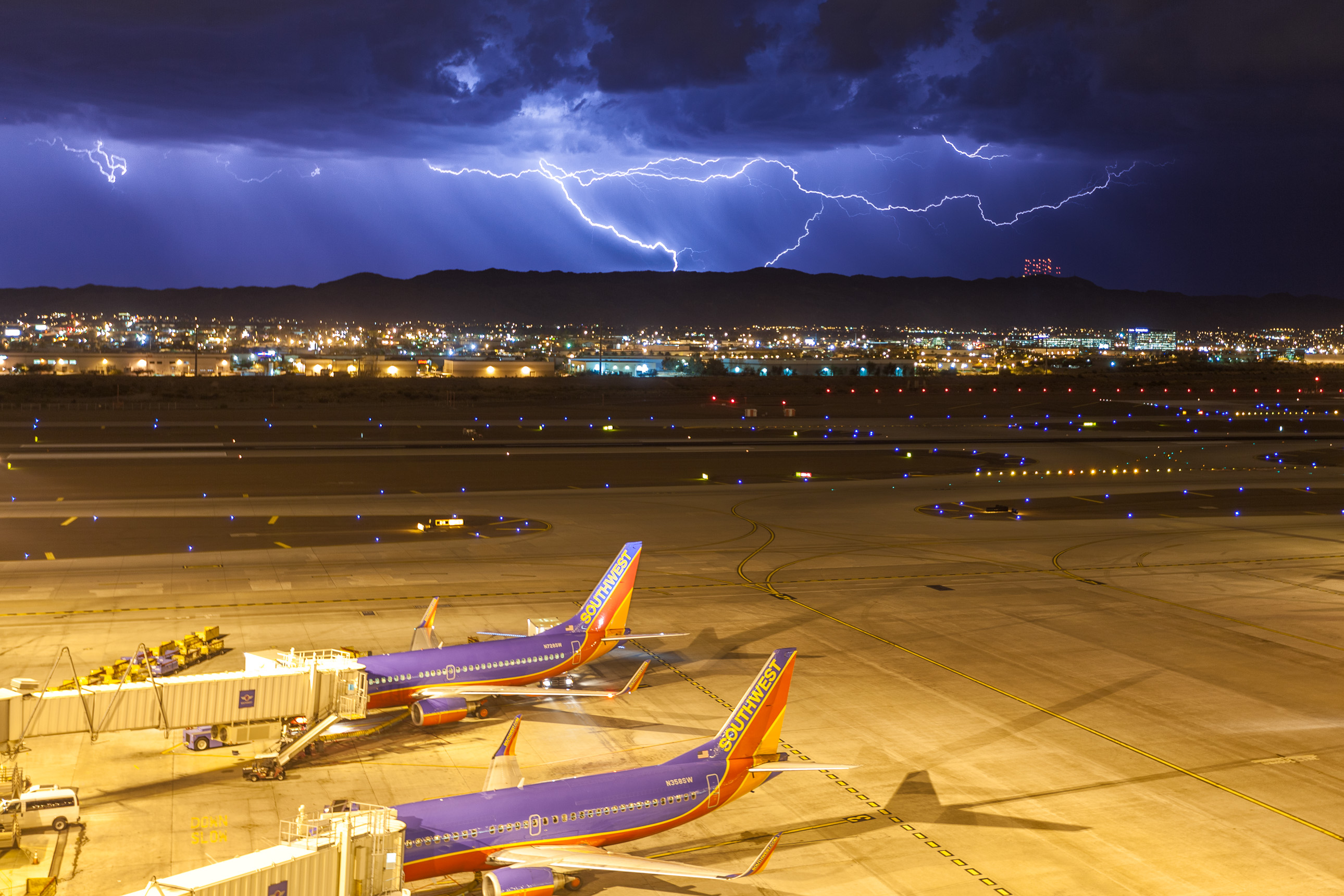 This photo of a bolt of lightning crashing above Sky Harbor airport is one of my most popular of all time. Southwest Airlines chose it as one of 2009’s best photos of the year and generously awarded me some tickets to anywhere they fly.

I was out for some evening photography with my boss and he wanted to photograph the light trails made by airplanes landing and taxing. We headed to Sky Harbor Airport and up to the 9th floor of Terminal 4’s parking garage. It had been storming around the Phoenix valley all day and it continued to grow as we photographed airplanes from the roof of Terminal 4. We stayed on the southern edge of Terminal 4’s garage overlooking Southwest Airlines’ gates and South Mountain. After about ten minutes of trying and trying, this three second exposure finally caught and incredible bolt of lightning.