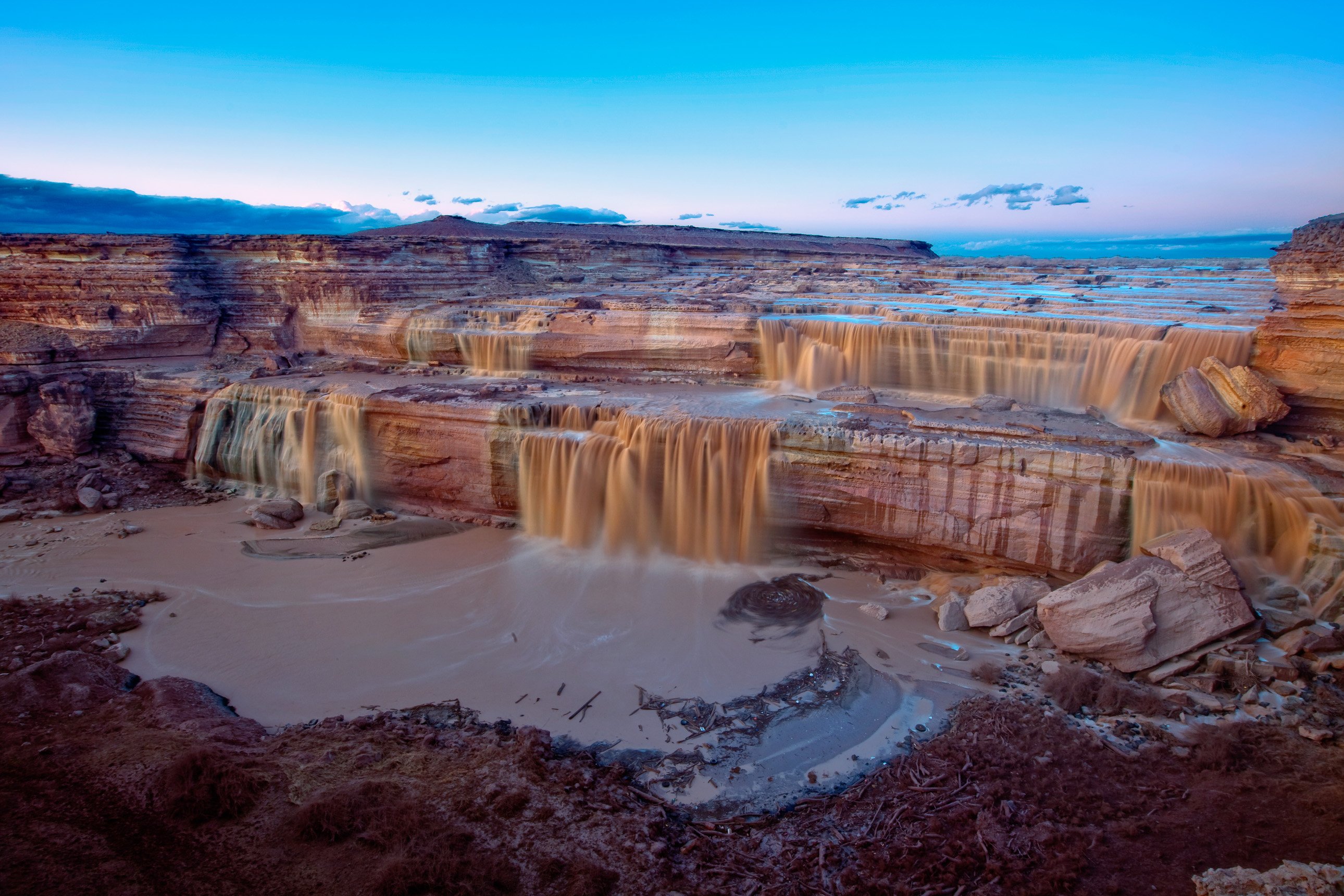 Not many Arizonans have any idea that a waterfall higher than Niagra exists in our state. I certainly did not, until I was thumbing through the back pages of an Arizona Highways magazine and spotted a section photos taken by amateur readers. Amongst the photos of saguaros and canyons, I spotted a photo of this amazing place… Grand Falls.

I did an honest double take when I saw the member-submitted photo in the magazine. “That’s… HERE?” I said out loud to myself. I immediately dashed to Google, typed in “Grand Falls” and was blown away at some of the photos I saw. Then it was off to Google Maps to find where the heck it was located and how long it’d take to get there.

That next weekend my RAV4 was pointed north driving as fast as the law allowed toward Grand Falls, just a bit east of Flagstaff. I will never forget arriving at the rim and seeing the waterfall for the first time that day. Even after looking at many photos, I was still not prepared for the sheer size of this place.