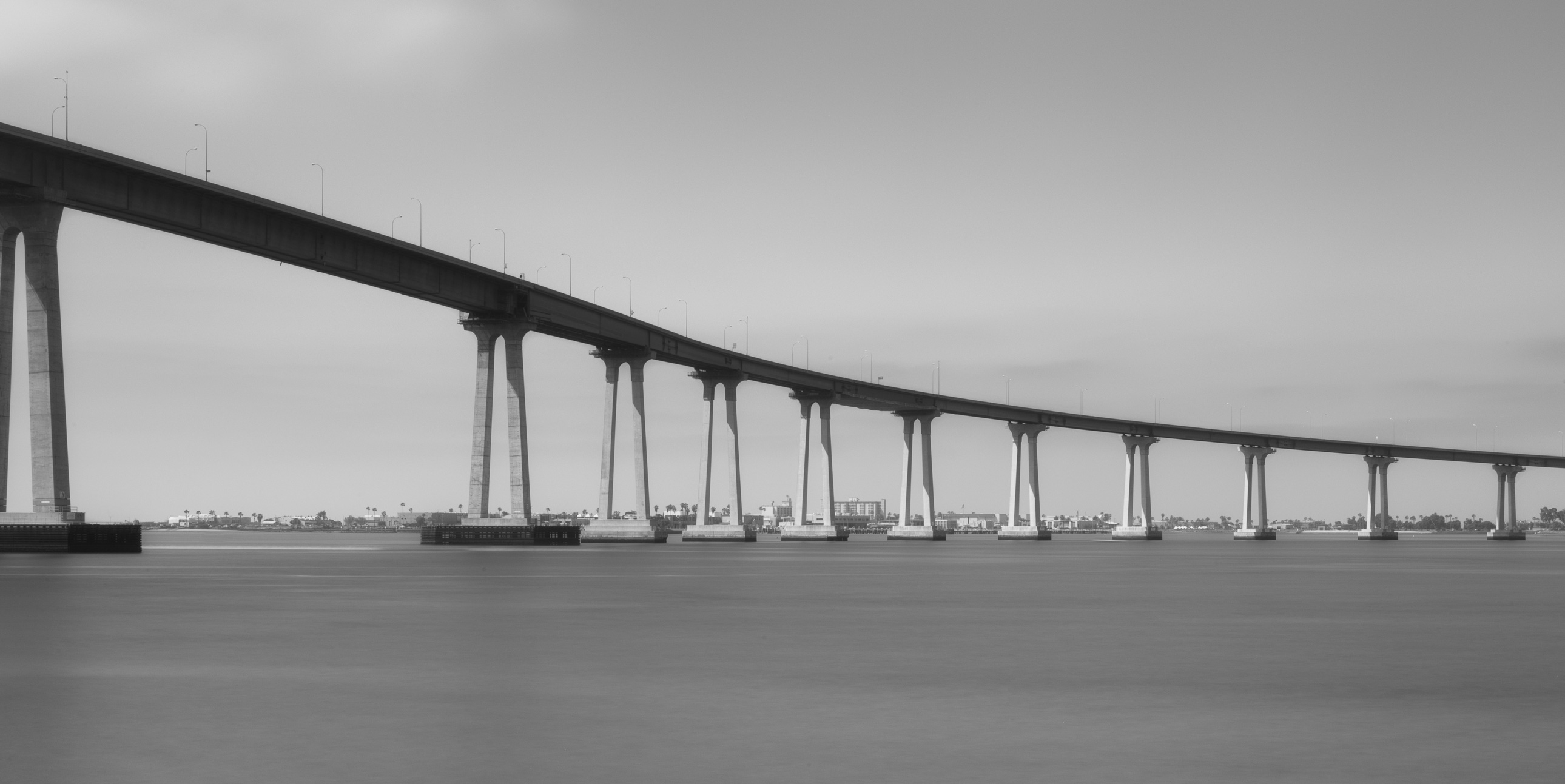 This photograph of the Coronado Bridge was taken on a whim as I was leaving San Diego back to Phoenix. Instead of taking Interstate 8 home, I opted to partially take California's beautiful State Route 94. En route to SR94, however was an exit to Cesar Chavez park, southeast of downtown San Diego. This park has a wonderful view of the Coronado Bridge as it spans San Diego Bay.I only came here for a photograph of the Coronado Bridge. But when I approached the pier, a few folks where standing there with video cameras as if they were waiting for something out in the San Diego Bay. I assumed there was a seal or other interesting aquatic animal floating about. Minutes later, a little boy yelled "there it is!" I looked to the east and I saw the gigantic bow of the USS Essex LHD-2 heading out to sea! It was a real treat seeing that enormous ship sailing under the Coronado Bridge just 1,000 feet from me.The Coronado Bridge started taking traffic to Coronado Island in 1969 and acted as a toll bridge until 2002. It is 2.1 miles long and at its highest point, the bridge stands 200 feet above San Diego Bay.