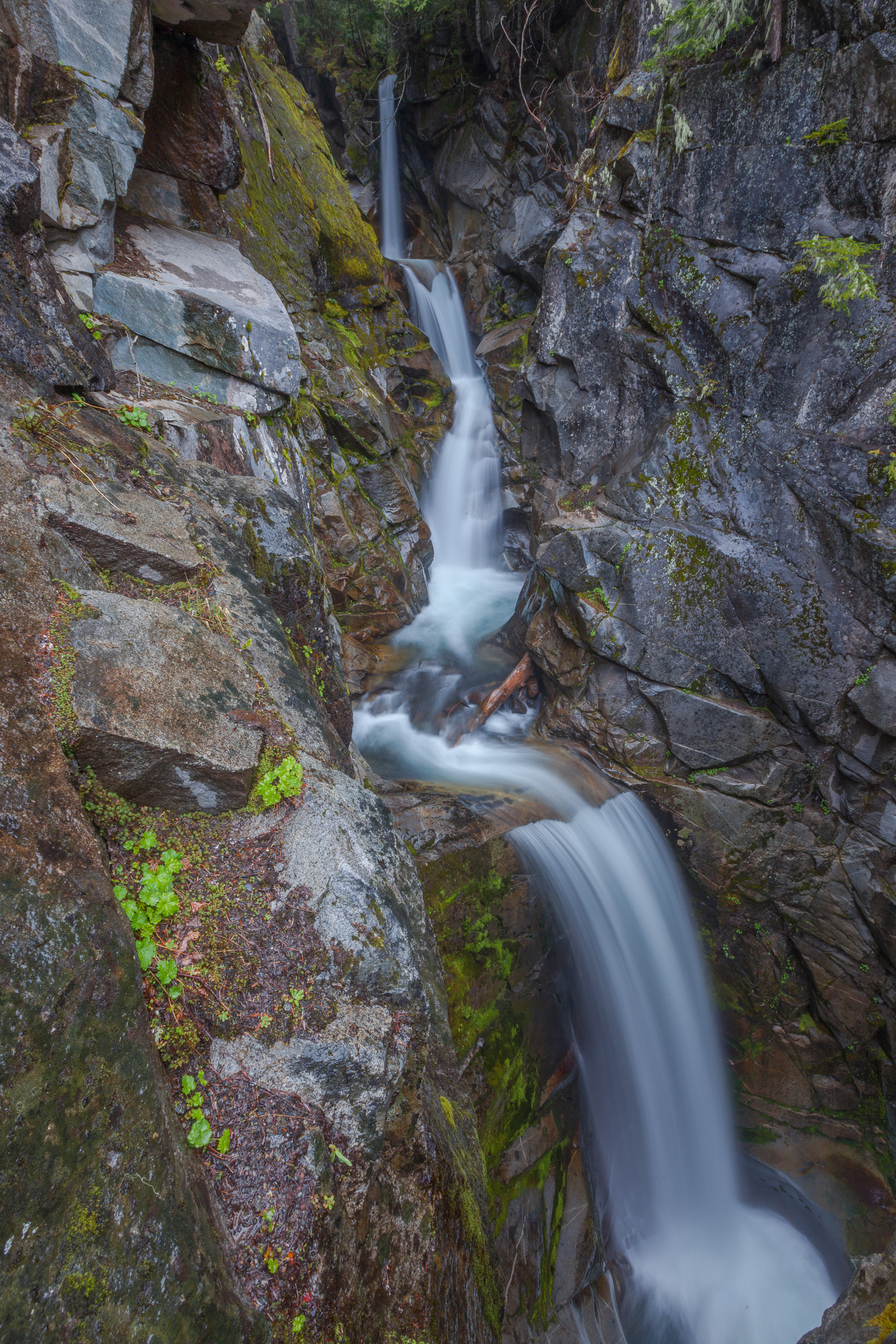 Christine Falls was the first of many waterfalls I found while driving through Mt. Rainier National Park. As I reflect back on this trip, I think this waterfall was my favorite as it had many tiers, it was easy to get to and was quite tall at 69′ in total!

Experiencing Mt. Rainier National Park was an unplanned excursion while on a road trip with my wife-to-be. We were driving from Phoenix to Seattle to get married and happened to be a day ahead of ourselves when we hit western Washington. So we took a little adventure to the east to visit. Though it was mid-June, there was plenty of snow and winter-like conditions present. But also since it was mid-June, lots of the snow was melting, resulting in some awesome waterfalls to see.

Visiting Christine Falls is quite easy. The photograph you see here was shot from the main road going through Mt. Rainier National Park. Simply park somewhere along the road and safely walk across to see the falls. There is also another viewpoint on the south side of the road which requires a small walk.

Christine Falls is named after Christine Van Trump, the 9 year old girl who climbed most of Mt. Rainier with her father in 1889.