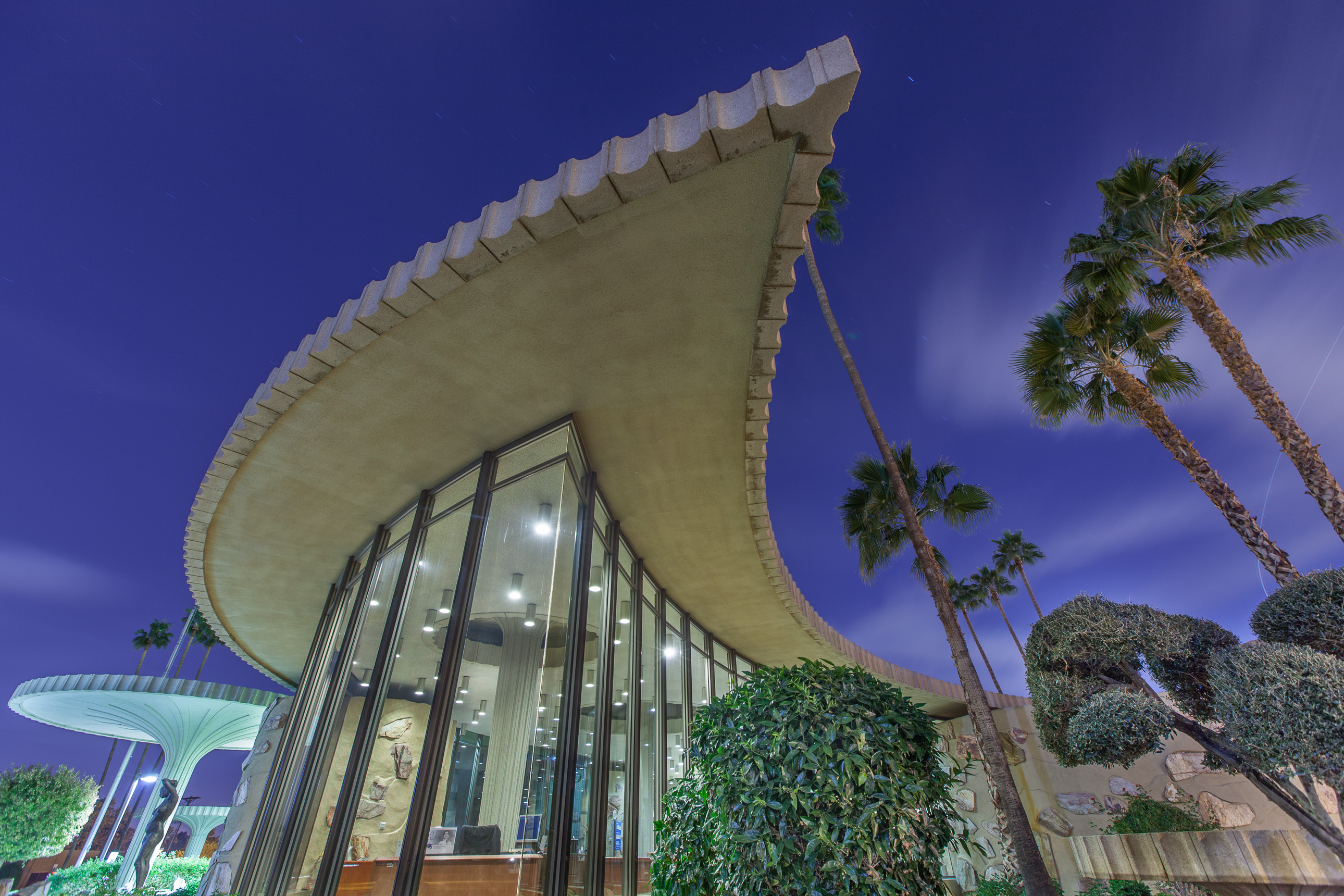 The Chase Bank on Camelback and 44th Street in Phoenix has to be one of my all-time favorite buildings in the entire metro Phoenix area. This beautiful mid-century style building was originally a Valley National Bank, designed by famed architect Frank Henry. It was completed in 1968, the same year as another Phoenix landmark, the Punchcard building. Frank Henry taught at the Frank Lloyd Wright School of Architecture until his death in 2013.

Each time I drive by this bank I notice a design detail I haven’t noticed before. The large stones built into the exterior walls, the dendriform columns inside which seem to disappear into the ceiling, the use of sculptures outside… it’s all a marvel to me. During this particular photo shoot, I must have spent two hours walking around the entire complex observing small and large details that make this building so unique.

The Journal of Organic Architecture and Design used select few of my photographs of this dendriform bank for one of their issues devoted to Frank Henry. I was honored to be noticed and contacted by the Journal.