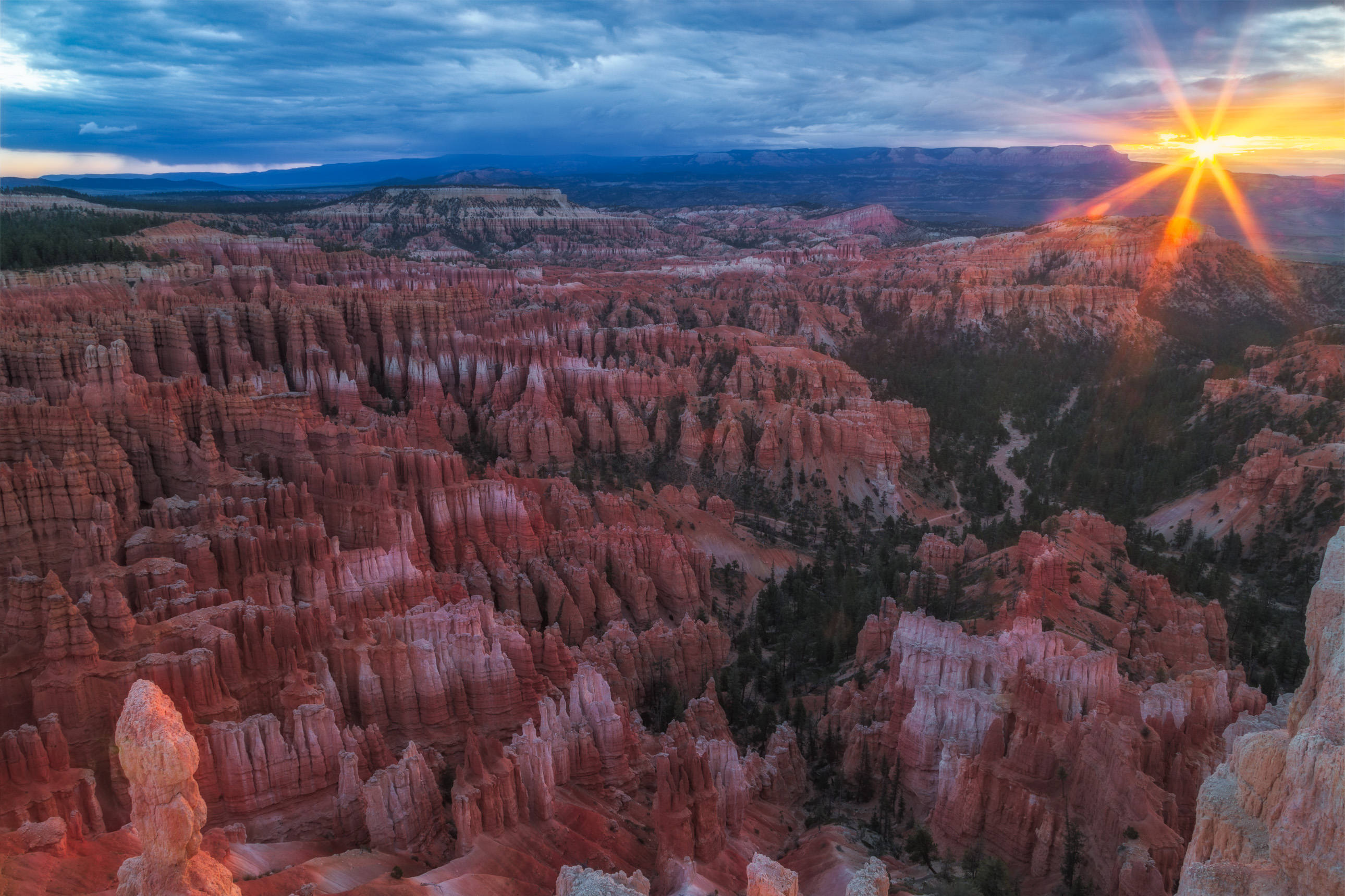 To me, Inspiration Point is the quintessential view of Bryce Canyon National Park. From this viewpoint you stand high above the main amphitheater and can see all of the archetypical formations and colors for which Bryce Canyon is known.

On your left is Silent City, an area chockablock full of tall narrow spires as if to mimic a city of skyscrapers. These hoodoos glow an orange pink during the first few minutes after the sun has popped up behind Powell Point. If you are a photographer, Silent City is a great place to grab your telephoto lens to catch the morning glow. You can also see the deep colors of the lower Pink Member and softer upper White Member of the Claron Formation here. There are even a few young bristlecone pines at this elevation.

While capturing this photo of the sunrise, I was lucky to share Inspiration Point with a man from Scotland. He had rented a Harley-Davidson motorcycle and was on a road trip around the western United States. It was just him, a small pack of clothes, a tent and his rented bike. He was living a dream of riding a motorcycle around America. As we stood there I was reminded of another time I was photographing the sunrise at Bryce Canyon chatting with someone from Europe. He too was in America for the first time and road-tripping around the western United States.

I then reflected on the fact I was at Inspiration Point and was feeling truly inspired. Not just by the incredible sunrise and glowing hoodoos of Bryce Canyon, but the people who come here from thousands of miles away just to see its beauty.