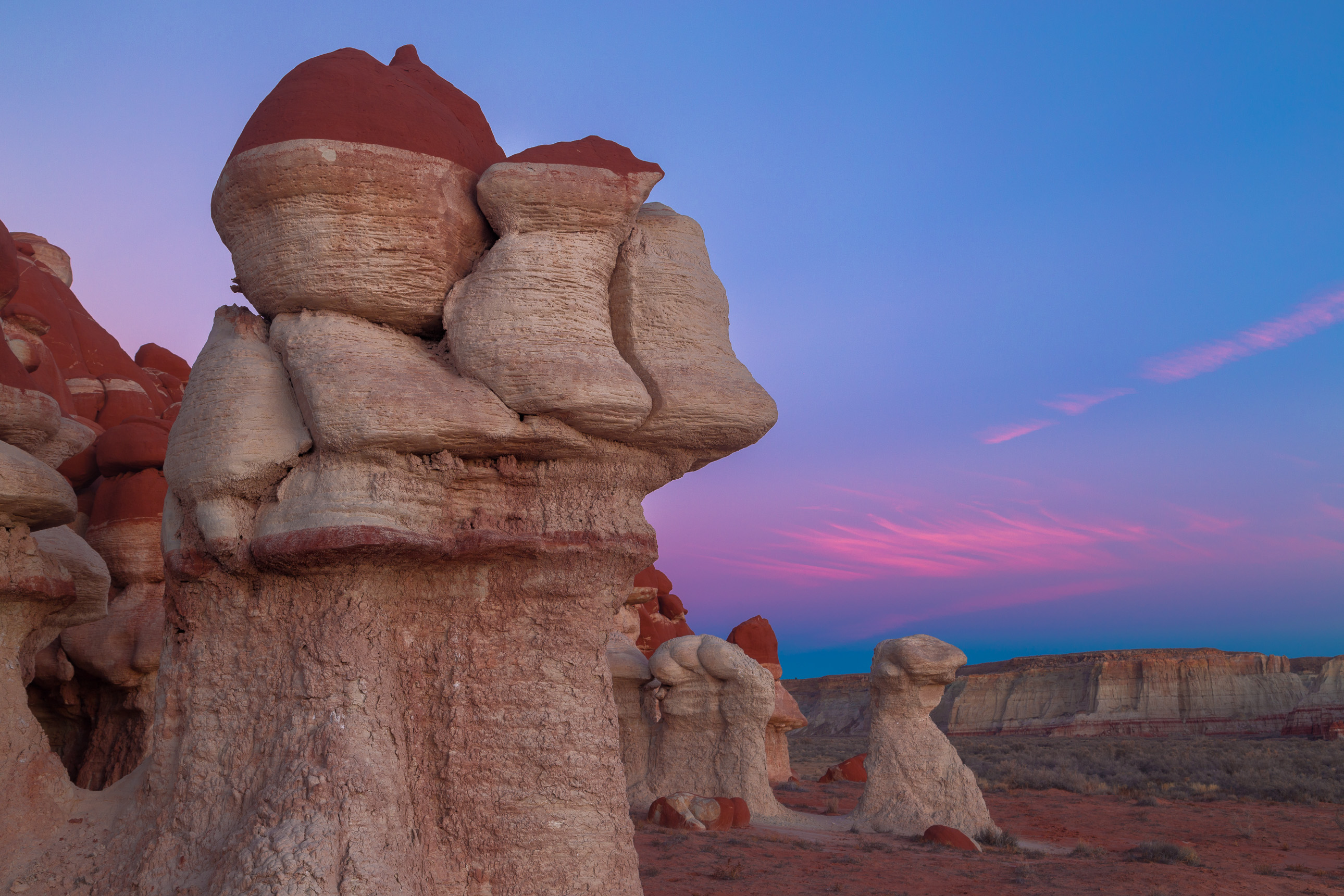 There are at least two Blue Canyons in northern Arizona: A lovely lava field near Fort Defiance I haven’t yet photographed, and the otherworldly monument to the power of erosion and the colorful effects of minerals you see here.

This Blue Canyon is a part of Moenkopi Wash about 30 miles from Tuba City on the Hopi reservation. It’s one of the most challenging destinations I’ve photographed.

There’s nothing nearby, and you’ll need four-wheel-drive and a hired Hopi guide to get there. It’s not a casual photo-op, but more of an expedition. One look above should tell you if it’s worth it or not.

After seeing Michael Fatali’s astounding work immortalized all over the web, I just had to make my own trip.

As in the Painted Desert to the southeast, these hoodoos are the remnants of the floor of a vast river delta where minerals and organic material gathered on high spots over millions of years. Thanks to the magic of plate tectonics, and at a speed too slow to even be described as “glacial,” those once-submerged spots rose up. The wind did the rest.

Spanish explorers called this part of Arizona “Mesa de las Vacas,” at last partially because the hoodoos resemble cows from a distance. Right down to the colors, they might have been mistaken for happy, grazing cattle by tired explorers. Maybe they were hungry as well.