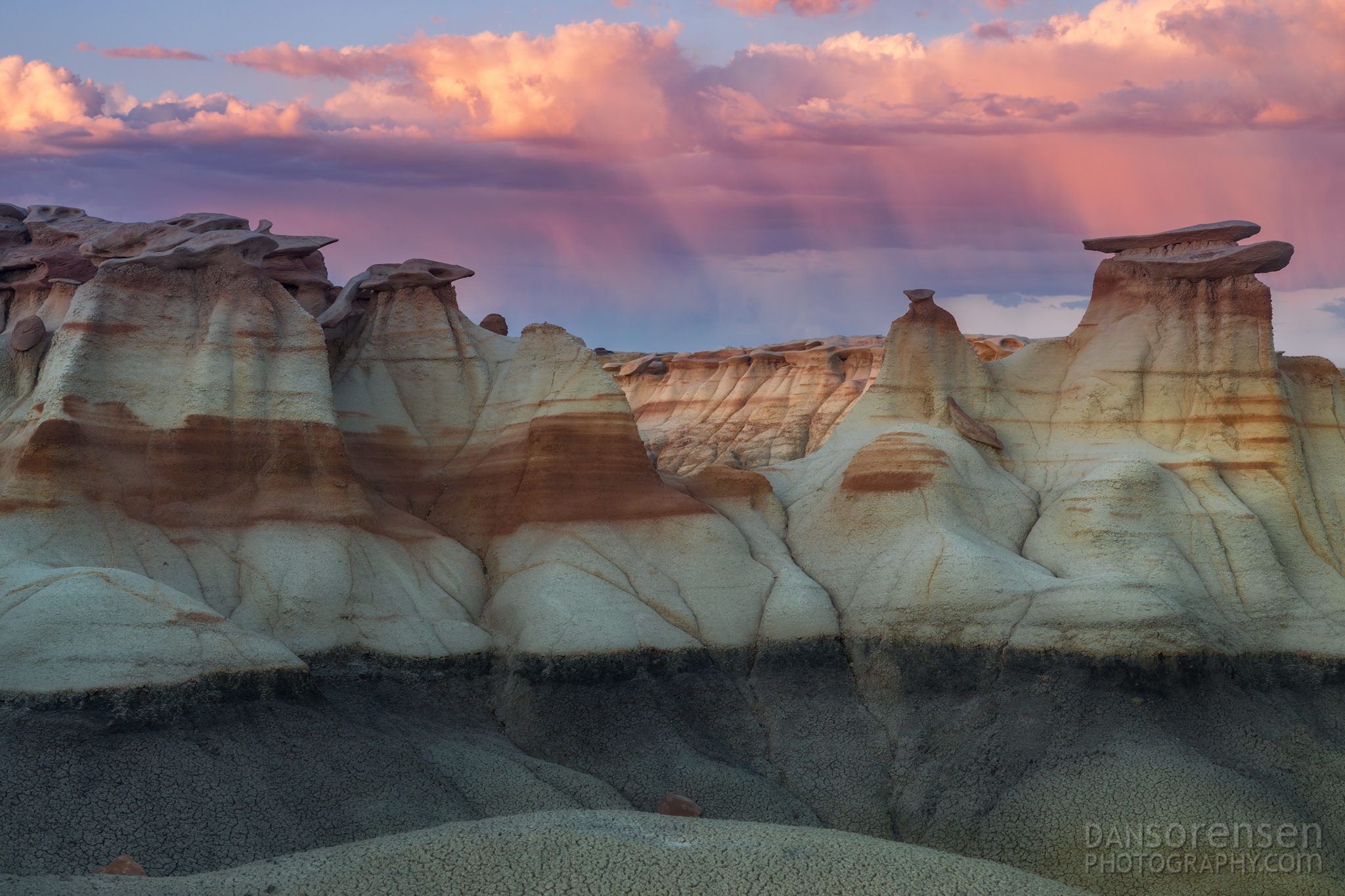 Hoodoos of the Bisti Badlands in New Mexico

I sometimes feel sorry for areas called “badlands.” It seems so negative. But after investigating a bit, I realized the name was well-earned in this case. As beautiful as the otherworldly hoodoos might be, they deserve to be called the New Mexico Badlands.

Cooking is a lot of work, many will let you know. Mother Nature started working on a dish about 70 million years ago that ended up getting very involved. The Badlands were once the delta of a river flowing into an ancient, inland sea. Over millions of years, sediment and organic material accumulated at some high spots in the delta, forming the stone known as Lignite. At some point, a massive volcano erupted, spewing ash over these small islands in the delta. A few more million years on, the sea had disappeared and the delta had filled in. All was quiet and forgotten. But then, about 25M years ago, the former riverbed lifted skyward as the Colorado Plateau rose. This exposed the alien-like structures we see today. It also exposed a lot of coal. Coal comes from Lignite, in case you didn’t know.

Somehow, a coal fire ignited. It lasted centuries. This was like a finishing touch on the geological soufflé we see today. It’s Earth’s culinary showpiece, still fresh from the kitchen of the eons.

I want you to look at this picture an imagine it glowing, surrounded by red-hot coals. Squint and tell yourself this wouldn’t look like hell on earth. Badlands.

Fellow photog Ty Cook and I arrived at the Bisti Badlands as the sun was setting. The area is still remote and undeveloped enough to make getting there an adventure. Spotty cell service allowed only occasional use of Apple Map’s satellite view. Following footprints the old-fashioned way did the rest.

I thank novelist and motorcycle addict Bill LaBrie for turning me on to the Bisti Badlands about five years ago. It’s obviously a place to inspire a sort of dark, yet beautiful poetry.