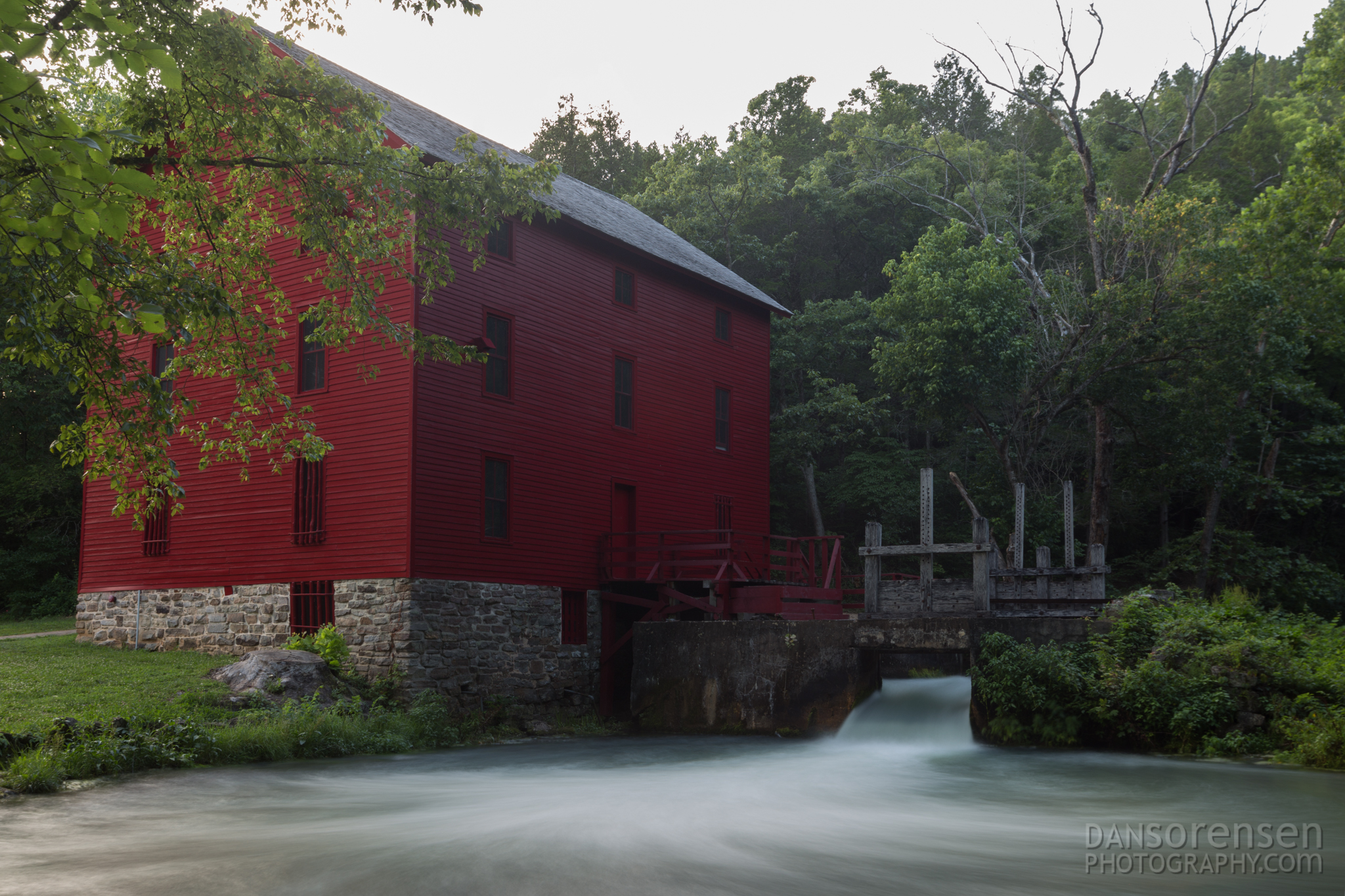 Machines usually exist to make life more convenient. That’s the goal behind most mills, though often people seem to forget it. There are some strong emotions around the word “convenience” when mentioned as a factor in life. Some still remember Dana Carvey on as the Church Lady judging people for their life choices. “Well. . . . isn’t THAT convenient!” Well, Missouri’s Alley Mill on Alley Spring has all sorts of convenience in its background — and it’s come out beautifully.

This mill dates only to 1894. The original mill built at this site in 1868 used a water wheel. This new one one used one of the new-fangled turbines produced by the Leffel company, which is still in business after all these years. The convenience of the turbine is this: its speed is adjustable by varying how much water goes through it. In the Alley Mill, the turbine spins a driveshaft that runs the length of the building, running multiple grinders.

It was convenient to locate the mill there at what came to be known as Alley Spring, and thus the mill thus became a convenient meeting place for all sorts of activities that had nothing to do with grinding wheat and corn. There were dances, revivals, and even — for a short time during prohibition — a resort on the grounds of Alley Mill. It’s said that people came from as far away as St. Louis to enjoy the calming flow of the waters — and the noise and smells of grinding corn, one supposes.

For the first part of its history, the site of the mill was called either Mammoth Spring or Barksdale Spring. When it came time to locate a post office in the small village that sprang up beside it, USPS officials complained those names were too long. Thus, for the purposes of convenience, the town was renamed Alley Spring after John Alley. Alley was a humble miller. Guess it was his big day.

On the day I was here, I learned something about convenience.The weather was hot and humid. My truck has strong air conditioning. As soon as I set up my tripod in the extreme humidity of that July afternoon, I found my lens and sensor covered in condensation. I waited for 30 minutes while my space-age technology adjusted itself to the atmosphere in which the simple turbines and grindstones of Alley Mill had functioned without fail for decades.

And to tell you the truth, that was kind of inconvenient.