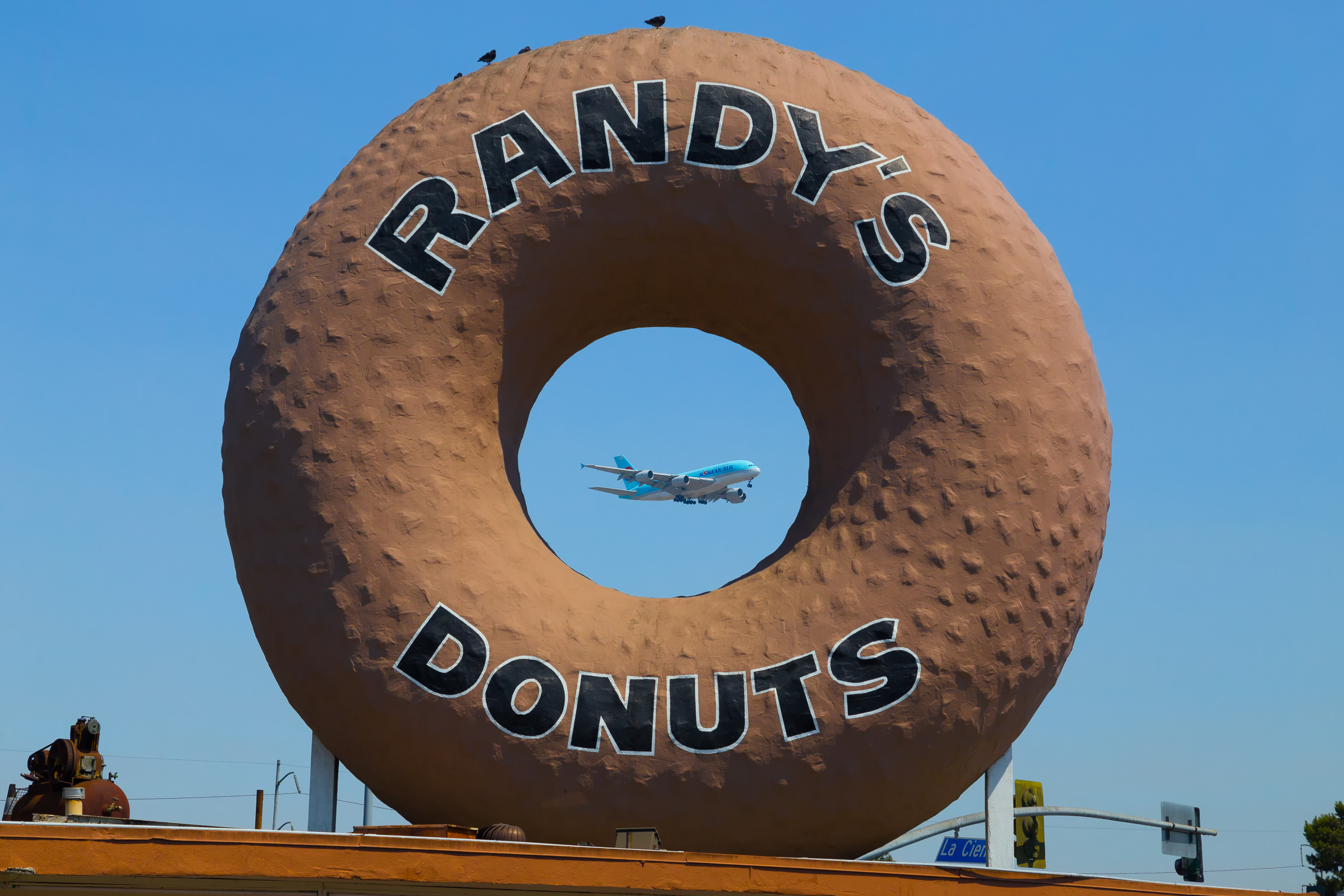 Photography, sometimes it’s all about luck.

Earlier in the day, my wife and I made a trip to to the “famous” LAX In-N-Out Burger to do some plane spotting. I had done some meticulous research of when the majority of the Airbus A380s would land and was quite pleased with what I saw. I thought I was very lucky to photograph this photo of an Airbus A380 over the In-N-Out Burger.

Once we were done with our meal and the last A380 landed, we decided to leave LAX and have a donut at the Randy’s Donuts in nearby Inglewood. While my wife ordered our donuts, I took at look at my Flight Aware app and saw one more Airbus A380 was just a few minutes from landing. I hopped out of the car, looked east and sure enough there was a baby blue super jumbo in the distance.

I scrambled for my camera and tripod, thinking I would get a mediocre photo because I was rather far away from LAX by now. But as the Airbus came closer, I saw it was in the path of the giant donut on top of Randy’s Donuts. I adjusted my position just a bit, crossed my fingers, and waited. Seconds later, the Korean Air Airbus A380 went behind the big donut and emerged right in the center of the hole.

And what a way to celebrate a lucky shot with a delicious Randy’s Donut and some milk.